Yesterday our friends came by for a visit, and I did an impromptu portrait session.  Sanja and Francis are both photographers, and together they do some very exciting things.  Here's their website.

Sanja was really excited and pleased to sit for over an hour while I painted, an experience which is quite different from sitting for a photograph.

Then I began an oil portrait, realized the composition was no good, wiped it and began again.  I really got into the drawing look of this one and decided to leave it alone, no more colours on top.  I like how the ghost of the first try remains visible.  A bit like a double exposure, very appropriate to my photographer friend, hey.  :)

Since I had my colours already out on the palette, I made a third portrait.  Started again with drawing: 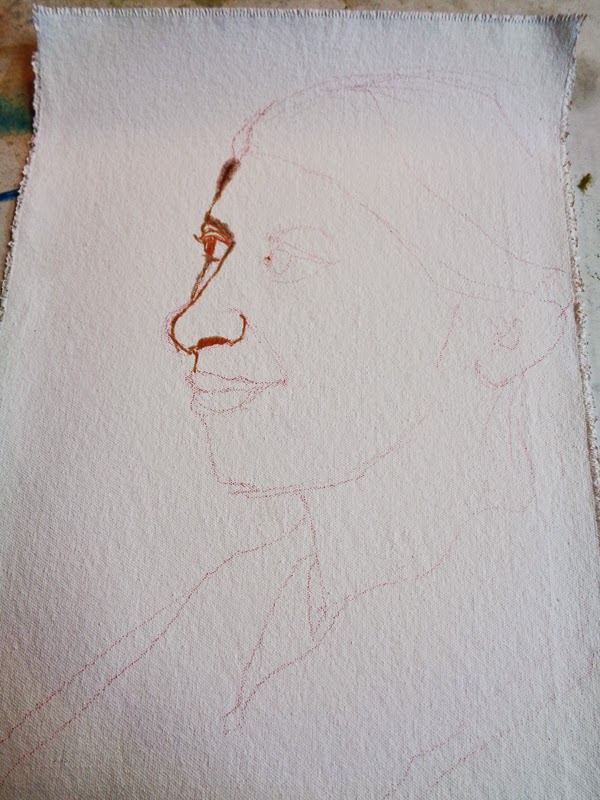 And thought, "hmmm, not the same thing as last time" so scrapped that and just hauled some colours over the surface.  Pretty rough at first: 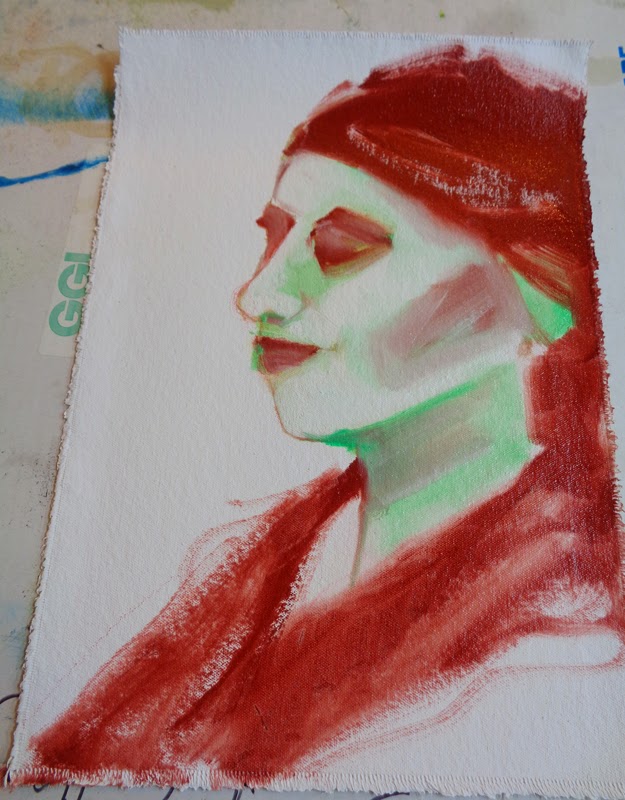 Finished portrait is not a great likeness and... well, I could pick it apart but I won't.  I like the colour palette very much.  Here it is: 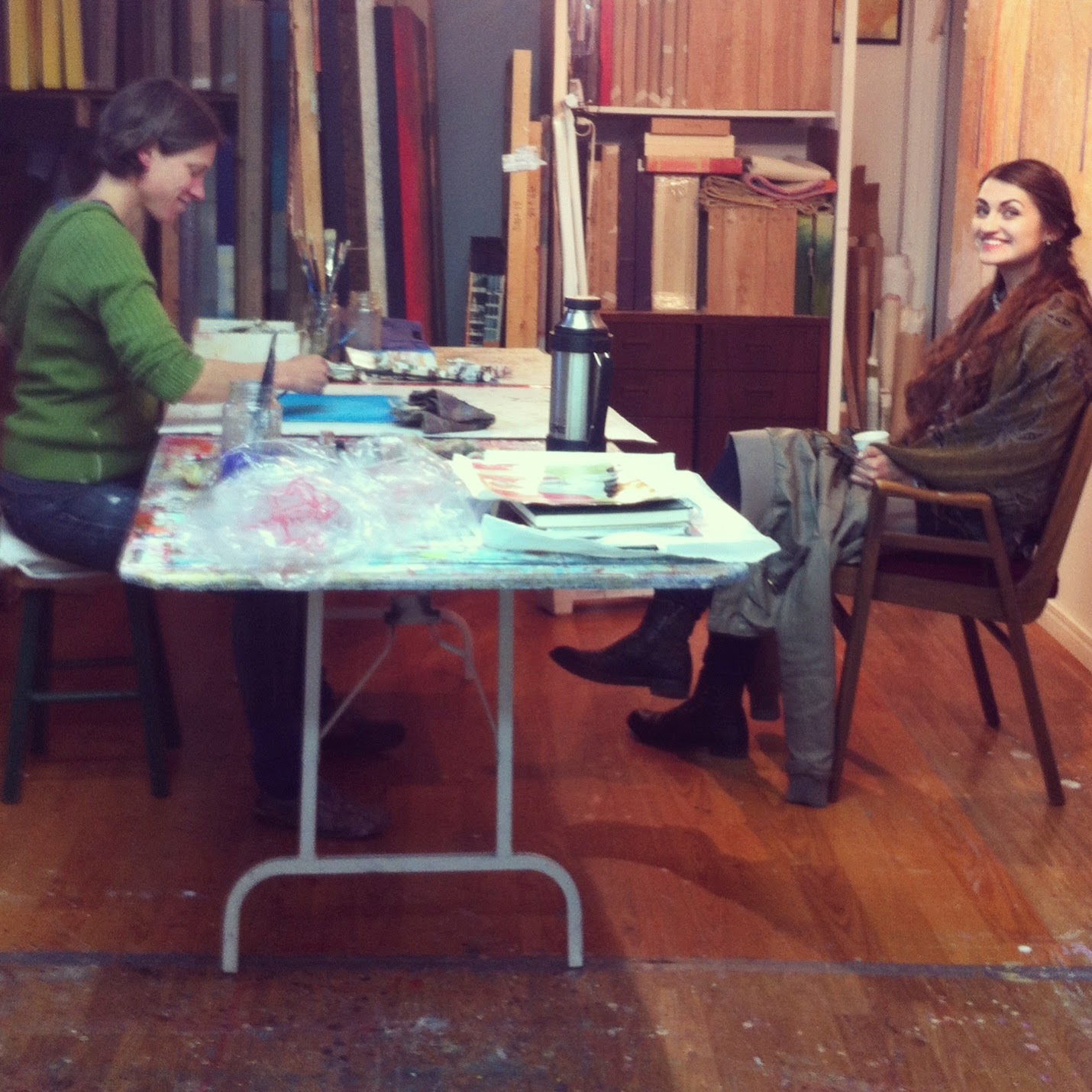 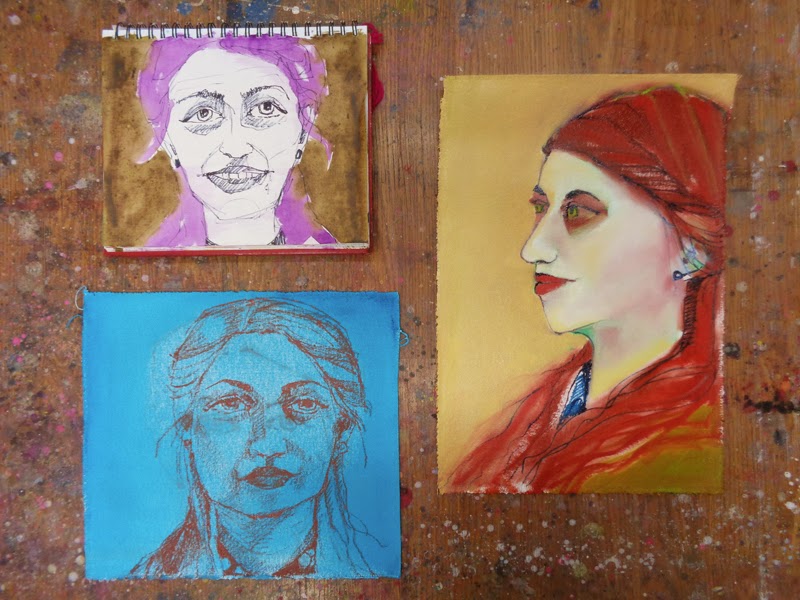 Three aspects of Sanja.  She has a really great personality which I think has come through a bit in each one.
at 9:19 am 2 comments:
Email ThisBlogThis!Share to TwitterShare to FacebookShare to Pinterest
Labels: portraits

The Front Gallery represents my work in Edmonton, AB.  They've just moved into a new space and it looks gorgeous!  I haven't been up to see it yet, but hope to make the trip within a month or so. 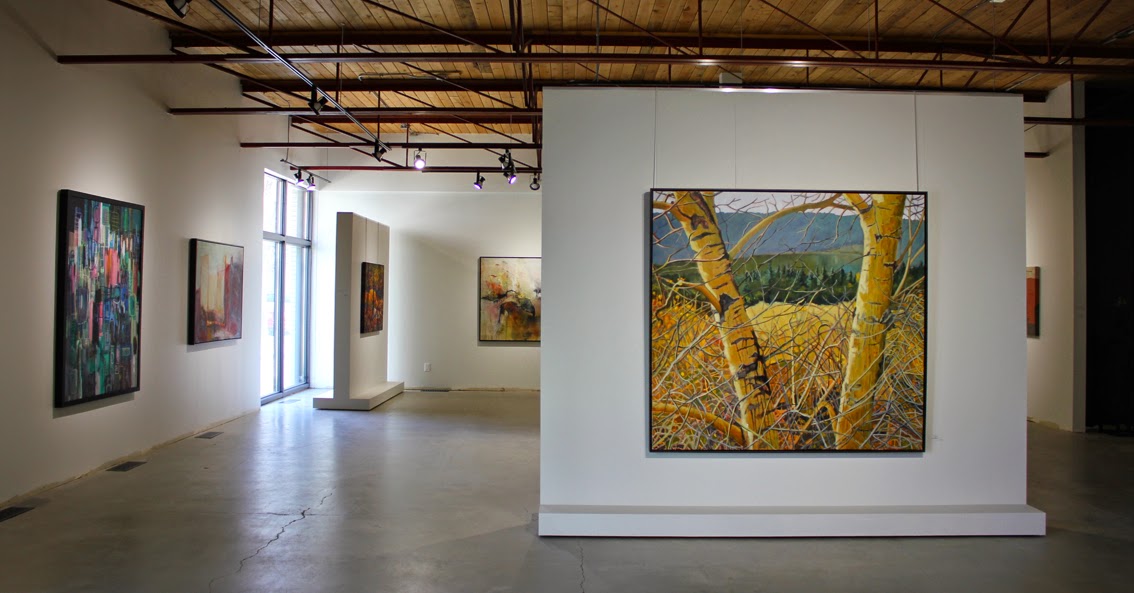 Here's a brief news clipping about the move.

Kurbatoff Gallery represents my work in Vancouver, BC.  They have just made the first sale of one of my "Snapshot" paintings!  This is the one which sold:

Hooray!  I had begun to wonder if there was any merit in these photo-based works...  yes, I know artistic merit is not necessarily indicated by sales, but.

I have been invited to paint/alter some hard hats for a ground-breaking ceremony at cSPACE in Calgary, where construction is soon to begin at the old King Edward School location.

Today I worked on the first hat: 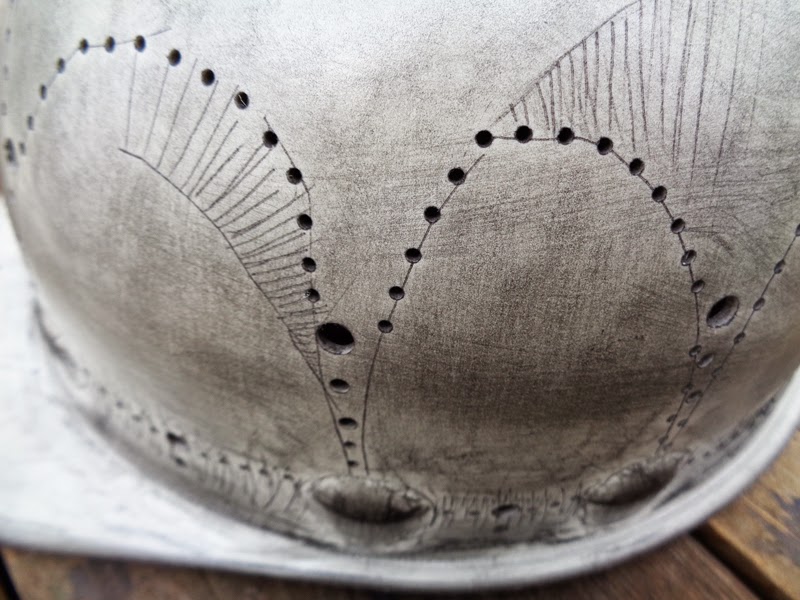 I've never done anything with hard hats before!  So I had to research a bit about the materials of the hard hat and what I could use on it that would be reasonably permanent. 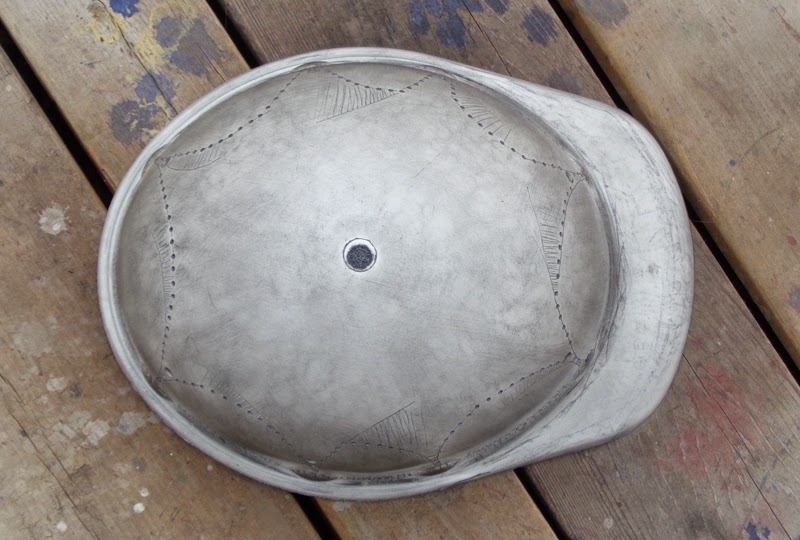 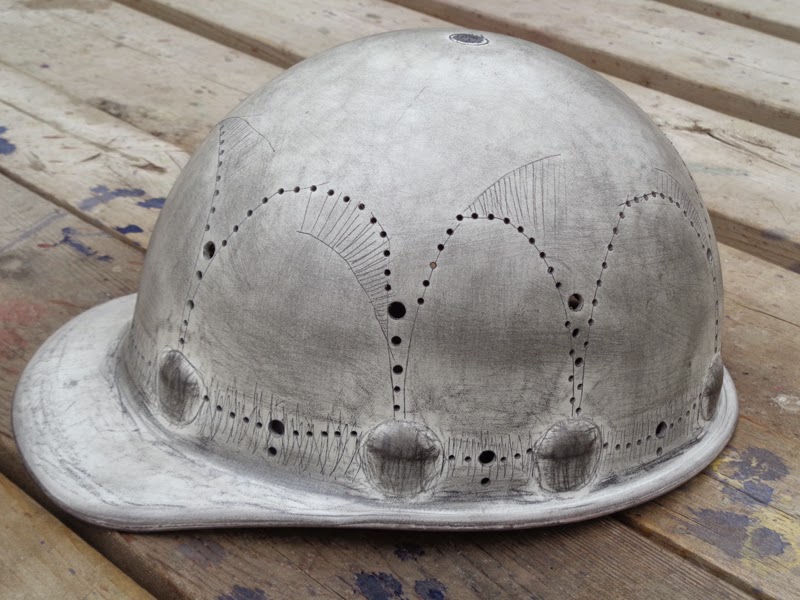 I decided to sand it, drill holes in it, scratch its surface.  Then I struck out into un-researched territory and rubbed graphite into it and sprayed it with a clear sealing coat.  This is a test run - tomorrow I will do a scratch test.

If this doesn't work out, I will be able to use oil paint to stain the surface, which will be very permanent based on some earlier testing I did.  I hope the graphite works, though, because I really like how its sooty look is reminiscent of a miner's hat.  A rather pretty miner's hat.
at 5:32 pm 2 comments:
Email ThisBlogThis!Share to TwitterShare to FacebookShare to Pinterest
Labels: snapshots, studio

two sketches and a shadow 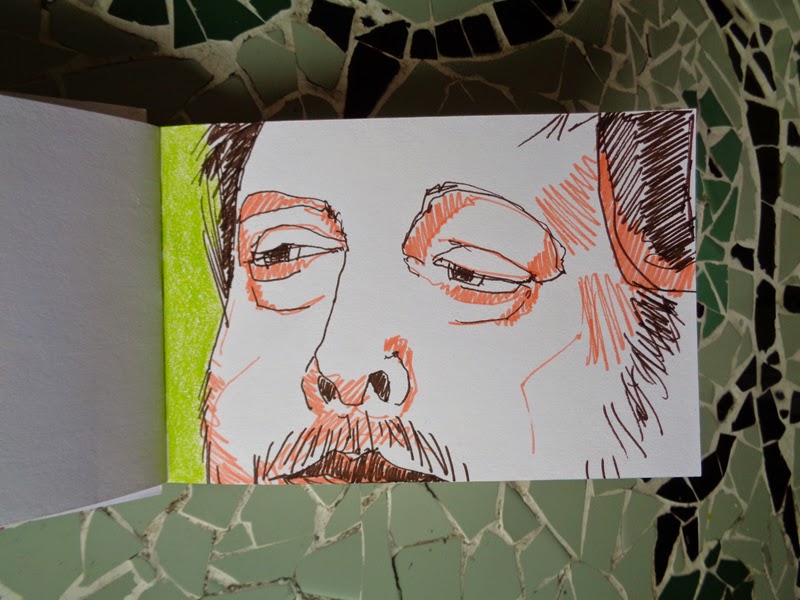 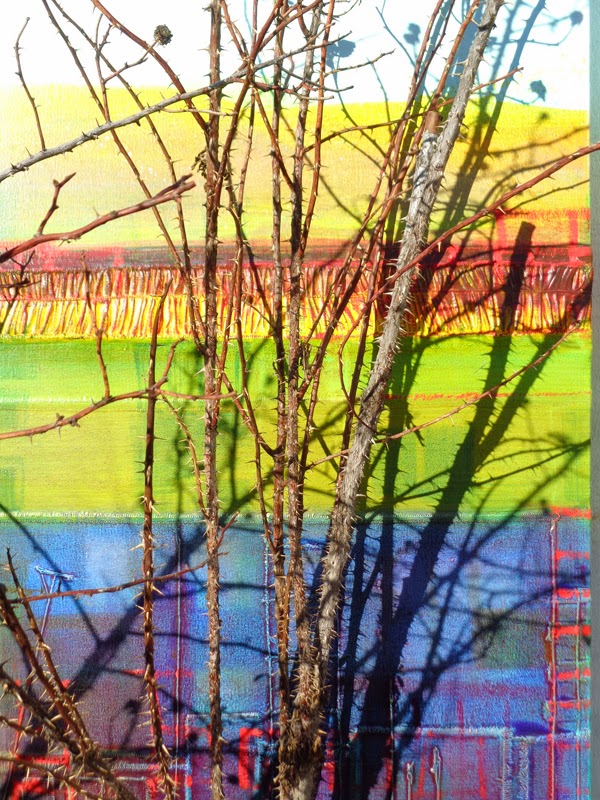 Did I already mention this book I've been reading?  I started making the "Ellipse" paintings a few months before I began reading the book, and I'm finding it very interesting, the correlations between the ideas in the book and in this work. 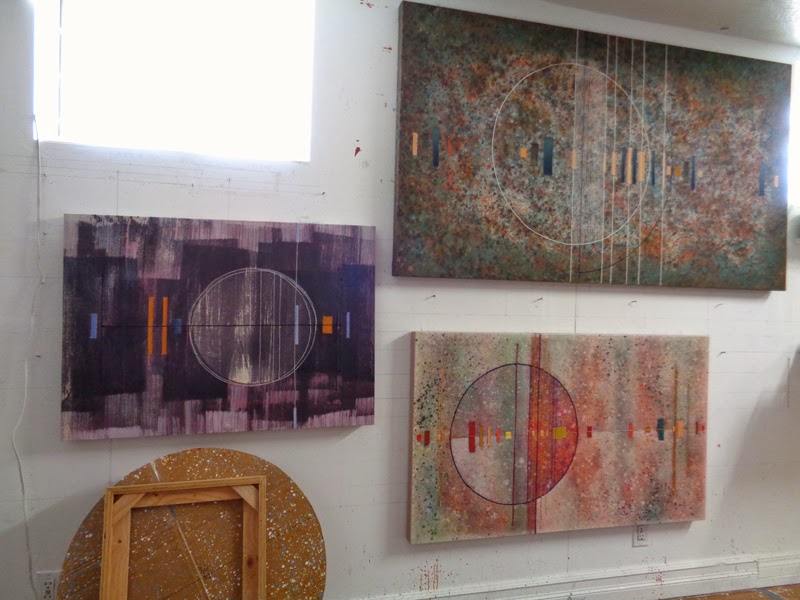 Silence - and sound - are very important to me.  For example I often work in silence in the studio.  Also I avoid places that have ambient music of the sort that is designed to create a "brand tone".  Do you know what I mean?  Mall music!  It makes me anxious to the point of being physically uncomfortable.  The claustrophobic effect of shopping malls is based largely on their aural atmosphere.  This is true of some restaurants and pubs, too.  And don't even get me started on advertising noise!  *laughs* 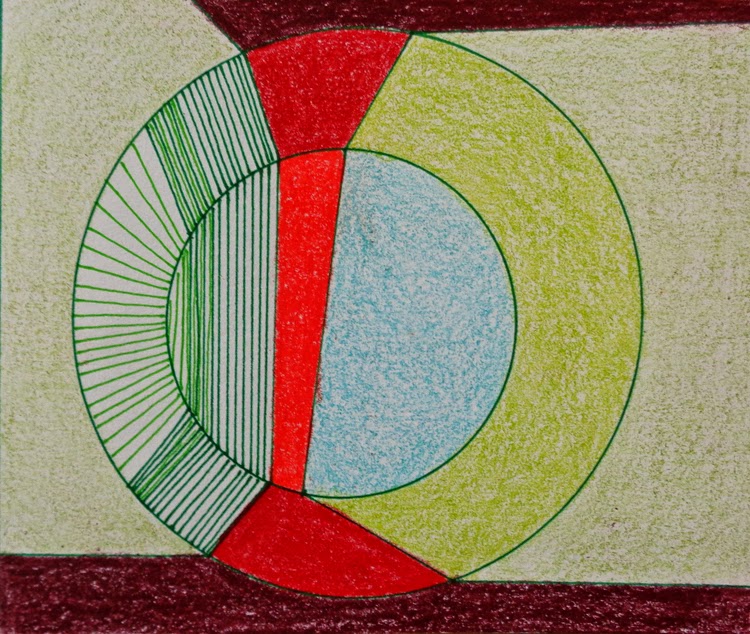 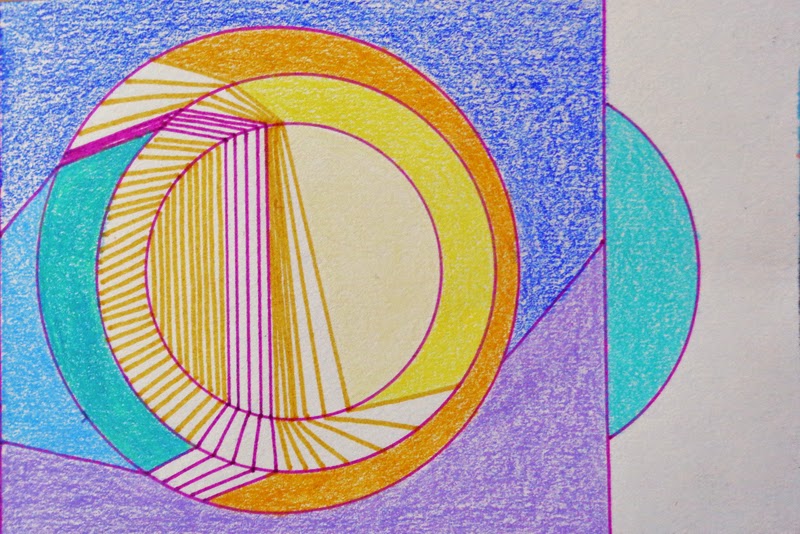 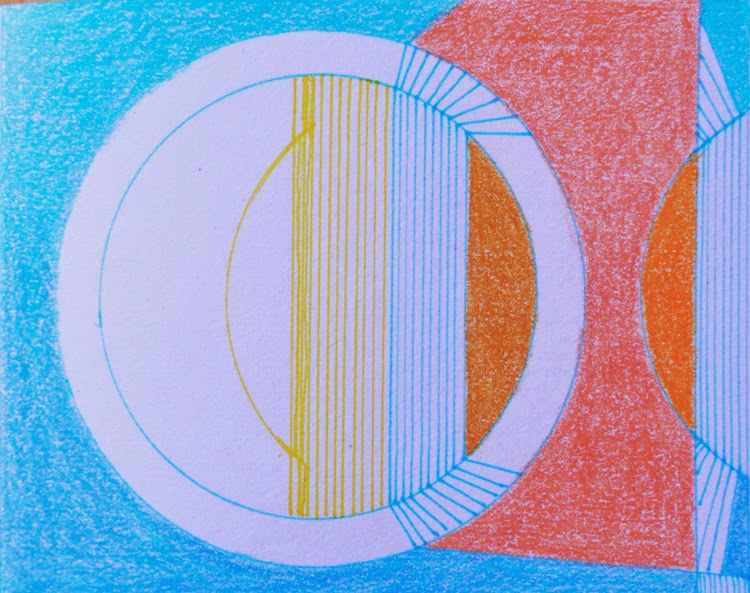 So I am making work which in some way provides a space for silence.  I am trying to make silent paintings.  This does not mean there is nothing there.  It means that there is space, an open space to think and feel, room to move.  Yes?  I hope so. 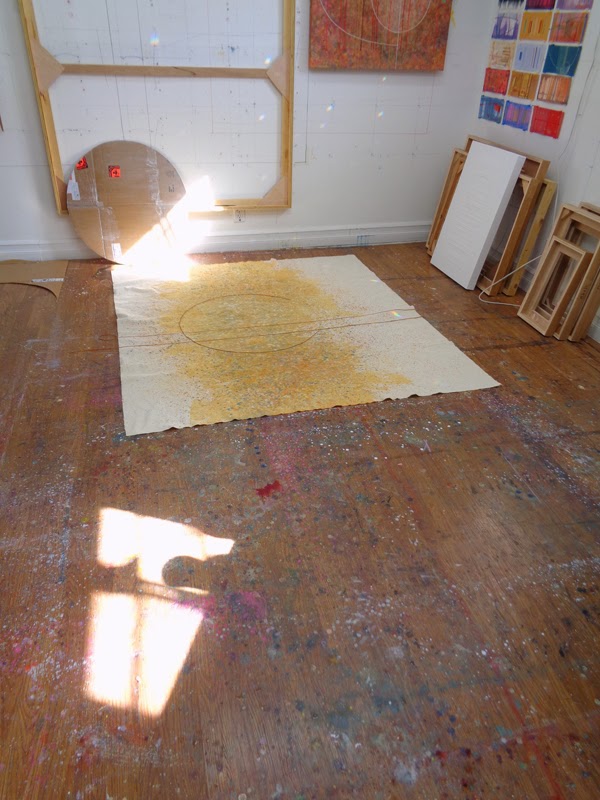 at 11:33 am 6 comments:
Email ThisBlogThis!Share to TwitterShare to FacebookShare to Pinterest
Labels: ellipses 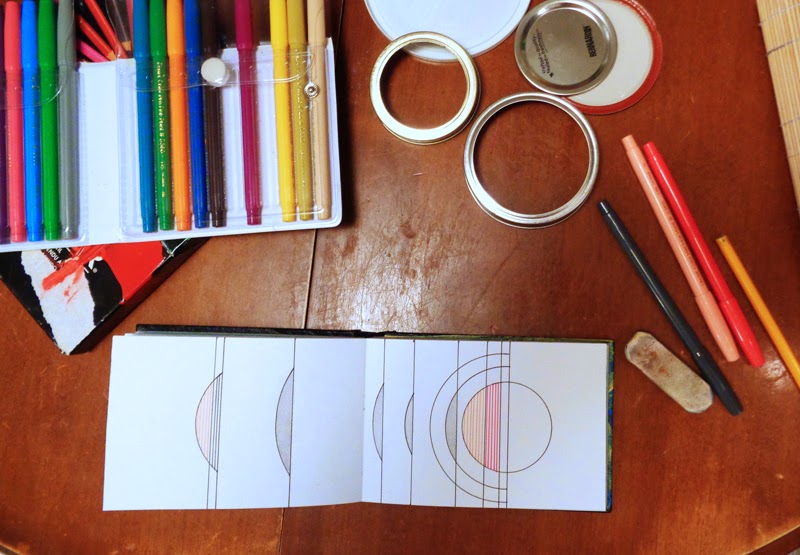