eyes and ears and hands

A musician friend who also composes music had sent me a few pieces he recently wrote.  I've been listening to them off and on at various times of the day.  This week I put on one of the pieces and listened to it repeatedly while stitching a new canvas. 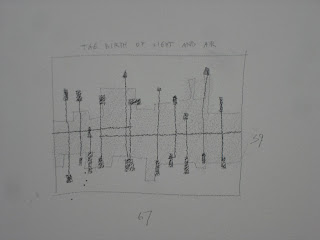 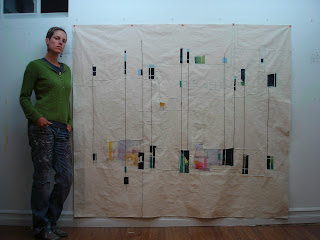 Pardon my severe look, I was very tired after a long spell of working.  Wanted to put myself in the photo to show the scale of this canvas, which is the largest I've made so far in the basement studio.  Once stretched, it will juuuuust fit up the stairs and out the door.  I am thinking of cutting a slice out of the stairs to facilitate movement of larger works... more on that later, perhaps.

at 10:56 am
Email ThisBlogThis!Share to TwitterShare to FacebookShare to Pinterest