Today was sunny and fairly warm, but I was only able to spend a couple of hours painting, so I worked on some small things rather than hauling out the large outdoor paintings.

The following pieces were 12x12 black-and-whites that I made a few years ago, not really great work actually.  Not wanting to try to fix or improve them anymore, I decided to make them into something entirely new! 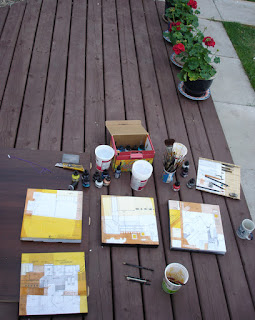 First I covered them over with old architectural plan drawings.  Then I got out my pencils and began drawing on them.  Then out came the inks for some colour washes.  They are not finished, but so far I like where they're going: 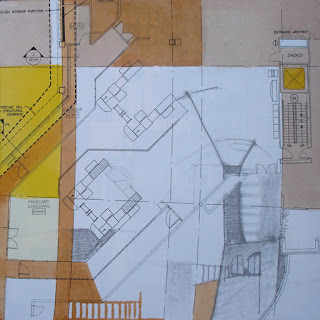 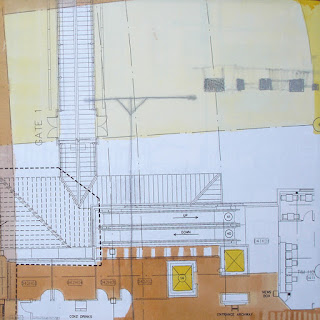 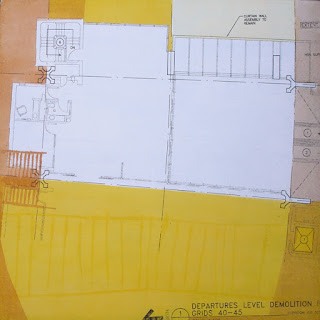 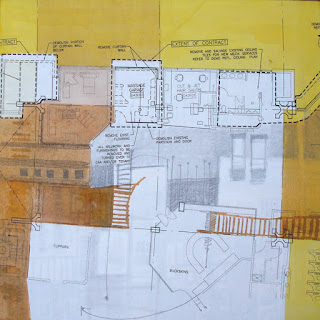 I worked until the sky began to darken with evening, and to threaten rain. 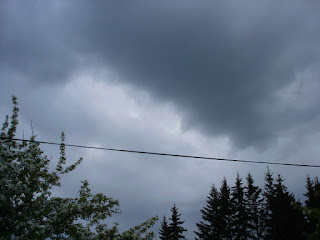 Later in the studio, playing around with placement order: 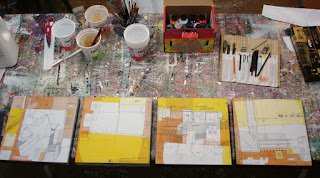 Working title: The Best Laid Plans.
Because these are building and renovation plans that were never used.  They were discarded in favour of other, presumably better ideas.  Ah, like so much in this life.

at 10:22 pm
Email ThisBlogThis!Share to TwitterShare to FacebookShare to Pinterest

P.D. Crumbaker said...
This comment has been removed by a blog administrator.
1:20 pm

I'll try this again (one comment floating in the universe at large!). I love these. I like the statement of intent that plans evoke, the twists and turns, the procrastinations and changes of heart--all the layers and textures that follow.

Hello P.D.
Yes, plans... wasn't it John Lennon who wrote "life is what happens to you while you're busy making other plans?"