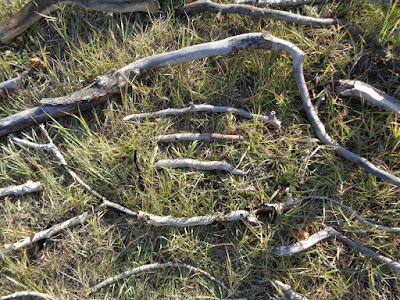 Yesterday JP and I went out into the country. 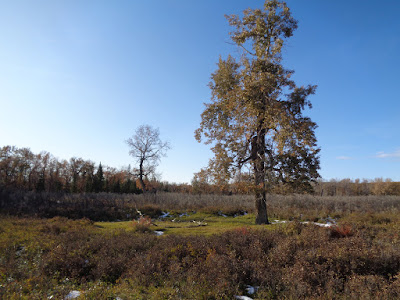 We found a good spot near the river, and JP set out his painting gear and got to work depicting the landscape from the inside out ... that's how I view his process, because he himself so much a part of this place. 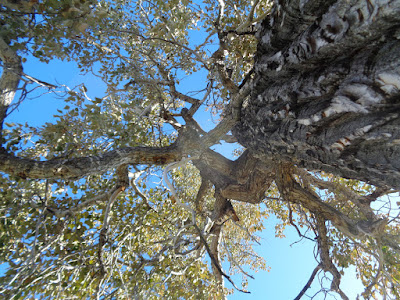 After exploring the area a bit, I decided to re-organize some branches which were lying on the ground under a big tree. 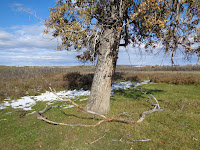 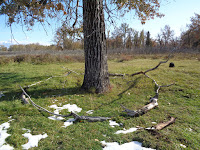 First I made a circle around the base of the tree. 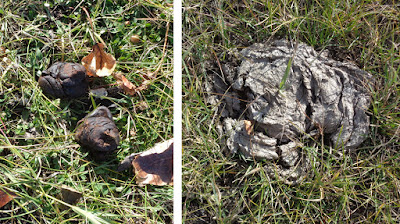 Then I saw that animals like to gather here and, not wanting to create encumbrances for them or myself, I moved my work off to the side. 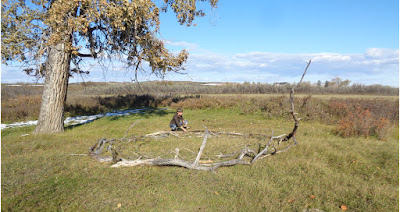 I began with the largest branches ... 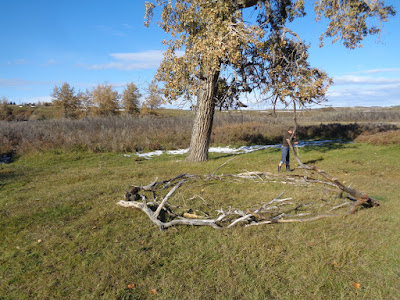 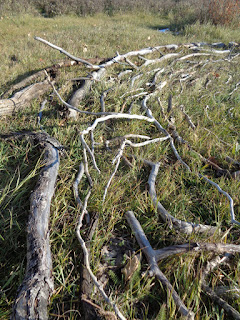 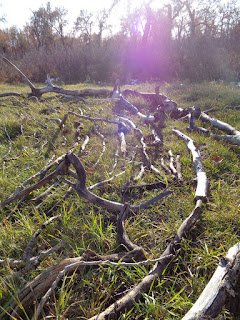 ... which became progressively smaller as I worked toward the centre. 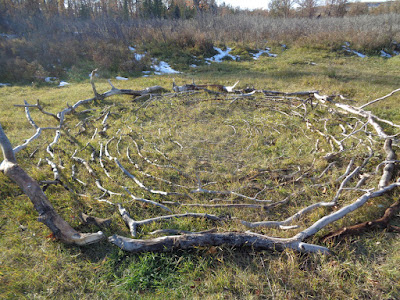 About two hours later, the deadfall circle was finished. 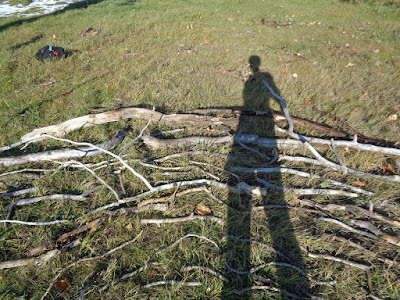 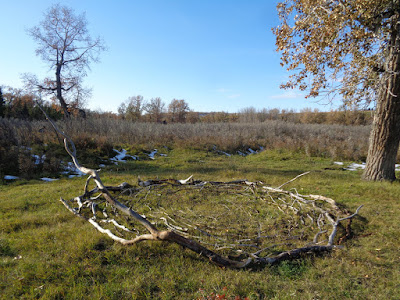 Stepping back, I see that there is a nice relaxed sort of communication among the tree and its re-organized deadfall.  If the circle had been around the base of the tree as originally conceived, I think the whole thing may have looked overly contrived. 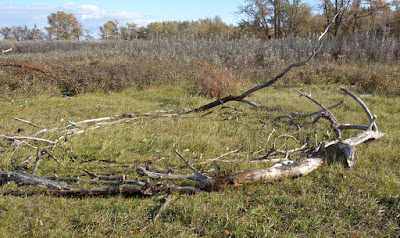 Response to, rather than control of the elements, that's the key for me.

Thank you Barbara! I have realized I love makingh "land art" more than making paintings of the landscape :)

I have always loved Andy Goldsworthy's installations. This circle of yours just seems to be so connected to place. Even in the image, it evokes a response.

Thank you PD, that is high praise!